The Desperate Measures Stirring Among the Established Companies

The cyber attacks around the world have been one of the most brutal yet relatable examples about the growing scepticism of all the company towards the security reforms laid down by any particular information security consultant in the corporate world. This is why; all the companies around the world have resorted to take desperate measures that might be beneficial for them in the long run. But even after such persistence by all these companies, the uncertainty quotient prevails because the cyber criminals around the world are getting stronger day by day. DESPERATE MEASURES It won’t be logical for us to say that all the organisations that are taking desperate measures in order to protect themselves from cyber attacks. But it might seem like that because influential and established companies like Twitter itself are making decisions like hiring reputed hackers as the head of their cybersecurity front. Now, it might sound ambiguous from our fart but such measures are important because a cyber attacker can only be traced by an individual who has been on the dark side for quite a long time. One of the most relevant examples can be the employment of Edward Snowden. Edward Snowden is an American whistleblower and a former intelligence community officer who was responsible for the leak of sensitive information regarding the National security Agency about mass surveillance of all the citizens of the American jurisdiction. In other words, this entire discussion only indicates the fact that if an organisation is hiring a cyber attacker who has now turned good, it doesn’t really mean that they will help in the future as well. Mass surveillance has been one of the most important topics of discussion in today’s time because it has been the business model of many established companies including Facebook and Google itself. IS NETWORK BREACH AN INTERNAL PHENOMENON? Twitter decided to hire a reputed hacker in order to protect itself from attacks like the one that took place earlier this year, where all the reputed handles including the likes of Barrack Obama were compromised. Therefore, this practice might seem strange to a rational person, but; if we view this entire situation from the perspective of an organisation that has faced one of the most notorious network breaches in the history of its existence, we can understand why Twitter had to take such a desperate step. Some of the individuals out there might think that just like any other small and medium scale Organisation in the global market, Twitter also should have reached out to cyber security consultants, and taken up the expert help instead of hiring an ex-cyber attacker. But if you observe closely, you will understand that Twitter has found a one-stop solution to all its problems regarding cyber security attacks of any sort. Hiring a hacker will help them in strengthening the network infrastructure that has been breached by a group of young cyber attackers, who infiltrated their system with some of the easiest ways of network breach. Therefore, established organisations are always open to take important decisions that will help them in the near future. But we all know this for a fact that most of the small and medium scale organisations don’t have such freedom. And that’s where experts like us come into picture. WHAT WILL ASSURED GRC DO? At Assured GRC, we provide immaculate cyber security consultancy services to all the organisations who seek our help. And not only those, we help even the ones who are looking for best professional services at affordable prices. Our top-notch Consultancy Service is the only reason why we have retained our position as one of the best GDPR consultancy service providing organisations as well. So if you think that you can’t afford to hire established hackers in order to protect your company, you can always look up to experts like us because we are reliable and safer than an individual who has a history to take care of. On a concluding note, you can hire our professional services to strengthen your network infrastructure, and prepare your organisation for important certifications like ISO 22301 certification. Call us today at +44 (0)203 4759 932 and provide us with the opportunity to serve your organisation for the greater good. 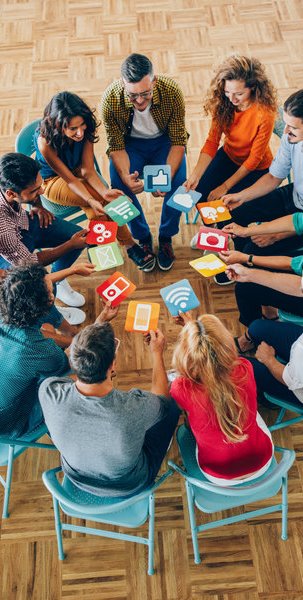