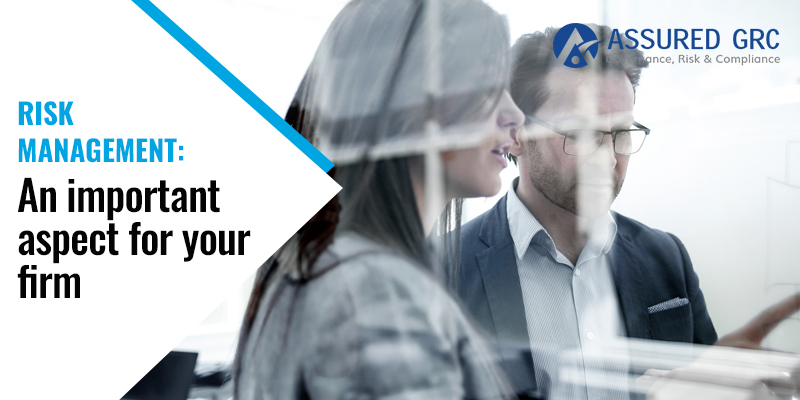 When it comes to risk management, it is such a service that is known to all the business professionals and the organisations in all the industries of the Global market. Everybody knows this for a fact that risk management helps stipulated companies to assess, evaluate, analyse, monitor, and tackle all sorts of risks and threats that are directed towards jeopardizing the overall achievement and success of the organisation’s strategic objectives in a way that is both disciplined and systematic at the same time. Risk management is obviously intentionally proactive, because it can prevail in a particular organisational structure in the form of a caution given by one employee to the other co-worker. On the other hand, it can also involve complex tasks like full asset allocation modelling of all the capital assets of the stipulated company. In a nutshell, risk management is such a service that can be applied to a broad range of events that include the minute and the larger aspects at the same time. Therefore, we can agree to the fact that risk management consultants always hold the position of being one of the most important professionals required by any organisation in any industry of the global market. But obviously, we are not here to discuss the pre-stated importance of risk management as a service, and risk management consultancy as a role within the corporate world. On the contrary, this literary piece unfolds the benefits of implementing risk management services in a particular organisational structure. This can also be viewed as a step taken in order to motivate all the small and medium scale organisations to focus on risk management services and implement them within their companies so that the friction caused due to its absence is reduced on the larger scale. WHY YOU SHOULD IMPLEMENT IT? One of the prominent reasons why risk management is a must for all the companies in the corporate world is the fact that it enhances the overall management including the day-to-day and the long-term situations lingering within the organisation. When we say that a specific risk management model is helpful for the internal structure of a stipulated company, we stress on the fact that if the risk management section is governed properly by the top level management of the company, it helps all the employees to focus on any mishappening of any scale. On that note, a well structured risk management section within an organisation also helps in streamlining all the operations effectively because it makes the employees understand the procedure. This makes them execute their specific roles within the company with great efficacy. Not only this, but risk management also helps your organisation in the long run by improving the overall financial management of the company. Everybody knows that losses, lawsuits, and diamonds to the company of any kind lead to additional costs that a company has to bear out of the pocket. Risk management helps the company by mitigating these costs. WHAT SHOULD BE A LOGICAL STEP FROM YOUR END? Considering that the larger part of the corporate world is filled with organisations who are still thinking about implementing these services in the correct way, we can conclude this analogy by suggesting them to focus on hiring the best professional candidate available in the market who can help them by structuring the best strategies. Adding further to the discussion, you can always look up to Assured GRC, because it is the comprehensiveness and our satisfied clientele, which makes the best risk management consultants in the UK and in the world. Assured GRC starts with identifying the scope of the context for the risk assessment process of your organisation and after identifying the assets within the context; we value the assets and identify the threats directed towards those assets. After identifying the threats, we evaluate and mitigate them effectively. We understand that risk management consultancy services are important in a way that it helps our clients’ organisation to build a table structure within their organisation. So if you think that your organisation needs our comprehensive consultancy services to come up with the best risk management plans, you can reach out to us by visiting our website anytime. Speaking more about our consultancy services, we are proficient in providing ISO consultancy services as well. Our expertise makes us one of the best ISO Consultants in our particular industry. So if you are looking for an ISO 27001 Consultant, or if it’s risk management that you are searching for, contact us today at +44 (0)203 4759 932, and allow us to provide you with the best consultancy services. 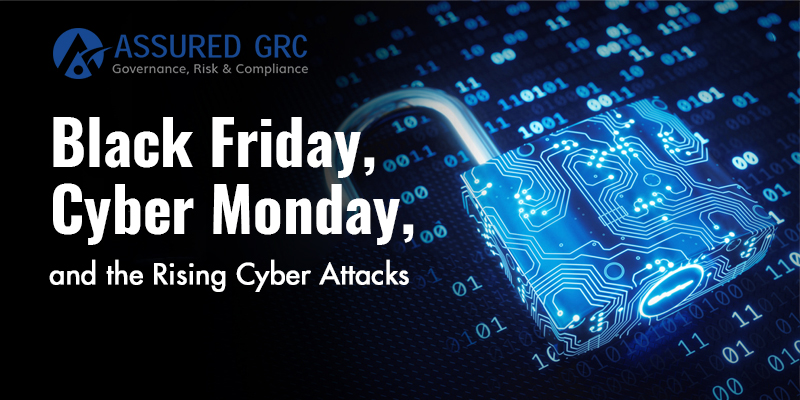 The year 2020 has been daunting so far, but the most dangerous aspect that prevails in the global market is the rising number of phishing attacks around all the industries. Many research studies have indicated that with Black Friday and Cyber Monday approaching, the impact and the number of phishing attacks is set to increase on a global scale. Security researchers from around the world have already begun to notice a significant spike in the number of phishing attacks which can be seen as a build up to Black Friday and Cyber Monday taking place on November 27th, and November 30th respectively. Some of the recently published reports have stated that there is an increase of over 13 times in the last six weeks as far as phishing emails are concerned. WHY DO YOU NEED TO KNOW THIS? You might be thinking that such information is irrelevant because everybody in the corporate world and among the general public understand the severity of malicious cyber attacks, and the impact of the same is pretty much evident if we take a look at the daunting statistics of 2020. But what you seem to overlook, is the fact that these numbers aren’t exactly painting a better picture because none of the easily accessible literary pieces of evidence would tell you that some of the most prevalent phishing campaigns have witnessed an increase in the intensity of the execution by 80% since early November this year. This obviously acts as a reminder for all the organisations to stay vigilant towards the sale season. And eventually tells all the players in the global market that both Black Friday and Cyber Monday will witness a significant growth in cyber crime. STATISTICS THAT SHOW IT’S A BUILD-UP FOR THE HOLIDAY SEASON One of the most interesting facts that clearly showcase that the numbers are purely a build up for the holiday season is that the following four weeks from 8 October, has witnessed an increase in the number of fake offers that were in some way or other related to phishing attacks and campaigns. This number has doubled globally, rising to 243 in the beginning of this month, compared to 121 that were at the start of October. This obviously indicates that cyber security consultants around the world are facing difficulty in doing their job properly. This somehow places all the organisations at a jeopardizing state because if the professionals are not being able to provide them with the services that they hold expertise of, they are clearly leaving all their clients exposed to the network breaches that could ruin the entire existence of some of the most influential organisations around the world. Below are some of the other pointers that clear the misconception about these cyber-attacks being moderate and usual in nature: • If I was to say that in every 826 emails, one of them is a phishing attempt, related to “November shopping days” would it alarm you at any level? If not, the fact that it is far more daunting, if we were to compare it with 1 such attempt in 11000 emails, at the starting of October surely will. • Another haunting fact is that 9th and 10th November alone saw an exponential rise in the number of phishing attacks than the initial 7 days of the month October. WHAT CAN YOU DO DURING THIS HAVOC One of the most logical steps that you can take to protect your organisation is to opt for a health check up for your organisation from the best candidates in the consultancy sector. When it comes to information security consultants in the UK, Assured GRC always stands tall as the best candidate out there because we offer free health check up not only during the holiday season, but the entire year as well. You can visit our website and check our detailed and versatile health check-up service that covers all the major aspects including general data protection regulation, ISO 9001, ISO 27001, ISO 19770, Cyber Security, and risk management. It is our expertise in all these major aspects that makes us one of the best consultancy organisations with the top-notch ISO consultants, operating within the English jurisdiction. Call us today at +44 (0)203 4759 932 and allow us to provide you with the expert consulting services that you have been looking for.
© Copyright 2020 Assured GRC I Terms & Conditions I Privacy Policy I Sitemap