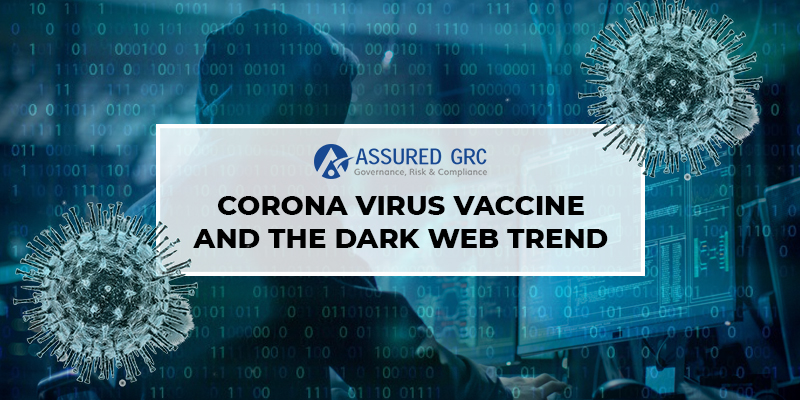 Whenever we talk about the basic requirement of information security management systems, we believe that none of the cyber attackers will target those organizations or individuals who aren’t doing anything illegal on the surface net or even in the Deep web. Although it’s too ambiguous to state such an opinion because the hackers have been operating mercilessly ever since the Coronavirus outbreak jolted the global audience. On that note, if we consider the recently published articles and base our further analogy on that premise, we can notice, there are some horrific group of scammers on the dark web, who are actively offering vials of blood samples of recovered COVID-19 patients (or at least, as per their revelations). These vials are available at a reasonable price and are being sold as a potential vaccine to fight the deadly virus. HOW DOES THIS LOOK FOR THE ENTIRE HEALTHCARE SECTOR It obviously questions the information security management system services that are being used by these hospitals whose network is being infiltrated by the attackers, but most importantly, it focuses o the vulnerability possessed by those who are adequately informed about these threats. This eventually meddles in between them and the quality service they should get. Speaking further, the report also mentioned that the blood vials provided by them make up close to six percent of the entire listing laid out by them. It also includes PPEs like sanitizers, HAZMAT suits which make up two-thirds of the listing, antiviral, and repurposed medicines like antibacterial ad malaria medications like Hydroxychloroquine. These medications make up almost half of the listing and have tormented health professionals like therapists and doctors for quite a long time now. If we view this attack under a different light, we might trace it back to the lack of effective steps taken by these hospitals and also the consultancy services associated with them. It’s not like these hackers had to face any difficulty while committing such heinous crime, on the contrary, many recently closed case files regarding such attacks indicate that the techniques used by the culprits have been around in the market for quite some time. Statements like these only go forward to state that it’s entirely our fault if we aren’t able to traced such attempts as soon as they try from their end. Therefore, paying attention on information security services can prove to be beneficial in the long run. THE SEVERITY OF THE MATTERS LIKE THESE Moving forward on the attack to trace its relation with the severity of such cyber threats on the general public, reputed doctors have claimed to have seen these offerings of human blood vials under the name of “passive vaccination” which can be a potential cure to the virus if any individual is unsure about their health. Potential buyers of these vials can just inject the plasma and they’ll receive the antibodies from the blood which will them help them recover. “Fake vaccines could help out with the spread of this virus”, a doctor quoted while speaking comprehensively on the matter. One of the other reasons why this purchase can be harmful is the possibility of them being “prematurely” tested. This means the samples might just be unproved for any tests at all. Therefore, using the same might affect even previously immune individuals. On shifting the focus on health institutes, we can safely say that if such attacks aren’t prevented progressively, it might cause ruin the entire organization. And this would only be because of the cyber-security managed services and obviously the consultation services offered by those who claim to safeguard their clients from any attacks whatsoever. CONSULTANCY SERVICES AND THEIR INPUT As we earlier discussed, the consultancy services have their fair share of fault as it might seem they aren’t providing the top-notch services they promised after all. It’s not like cyber-security consultancy services are a new thing in the market. It has been around enough to understand the repercussions of not paying attention to it. On a concluding note, if you want to get the best in quality information security or crisis management services in the UK, you can always look up Assured GRC. Call us at +44 (0)203 4759 932 and check out our amazing consultancy services.
© Copyright 2020 Assured GRC I Terms & Conditions I Privacy Policy I Sitemap